Earlier this year I was lucky enough to be approached to host a food series on Brisbane. With the lure of free food and the opportunity to be involved in a really cool project, I jumped at it. Here are the two episodes we created. Hope you like it! 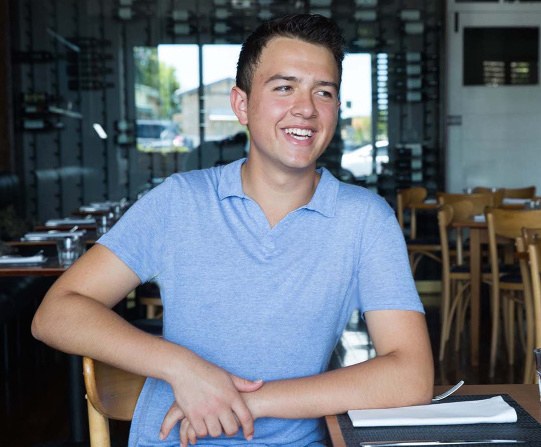 On the 18th of January, Matt Shea, the editor of Broadsheet Brisbane, published an article about this blog, the things I have achieved thus far and about what the future holds for me. Savannah van der Niet from Savvy Creative took some fantastic shots of me cooking at home and some portraits at Cinco Bistro.  You can check out the article here!

I was contacted by Rhian Deutrom, a Courier Mail journalist, during September 2014 about an article she was writing on kids who cook. After a few interviews and a photo shoot, the following article appeared in The Courier Mail on the 21st September, 2014. 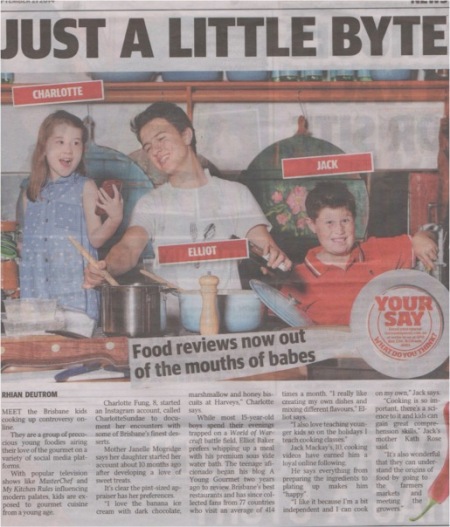 On the 4th June 2014 I was interviewed by Channel 10’s Studio 10 news/talk show. I felt quite nervous and really wish I could have done it over again with more confidence but nevertheless I was happy to be featured on the show. Here is the interview below.

I was contacted by food writer Dani Valent from The Age and Sydney Morning Herald about an article she wanted to write about kids in the kitchen. We spoke over two phone interviews and numerous text messages so that she had all the information she needed. A photographer came over and took some photos of myself and my lemon meringue pie dessert.

Here is the article as it appeared in the newspaper on the 27th May 2014 and there is an online version here.

*Section and photos of me taken out from the full article

I was in luck in May this year when I got the opportunity to have dinner with The Australian’s restaurant reviewer, John Lethlean. He and his Partner taught me some of his reviewing techniques and have helped me write better then I had before. A week later, I received a call from John’s editor, asking if I would like to write a feature article in The Weekend Australian. I took it with both hands and wrote an article on my thoughts on the Kids menus in restaurants. Additionally, John wrote about our encounter the week before in that same section.

Here is the article written by John in The Weekend Australian – 1-2 June 2013 on our encounter.